For over a decade and a half, Hodgie has been seen at most shows, expos, major fishing events, home and leisure expos and field days around Australia. His natural presentation skills have been described by media and public as down to earth, informative and entertaining. Hodgie has been a keen fisherman and outdoor enthusiast since he could stumble around a river bank at a young age. Due to Hodgies hate for footwear and the love of earth between his toes, he has quickly become known as The Barefoot Fisherman around the country.
Widely recognized as the most accurate caster in Australia with a bait casting outfit, his demonstrations and  relay of information has helped thousands of Aussies master the art of lure casting. An obvious lust for life and passion for the sport of fishing and outdoors is obvious with every presentation Hodgie does, and it seems to be contagious to the crowds.
Even though Hodgie has been seen in many magazines and television shows around the country and over seas with big lure caught fish, he also enjoys teaching young anglers the finer art of bait fishing and lure presentations, and is often conducting seminars at family fishing competitions in rural and coastal towns. Living in a rural town himself for 30 years has enabled him to relate to the country lifestyle and speak of the things that are relevant and close to the heart of populations removed from the hussle and bussle of major city centers.
From offshore pursuits to inland creek crawling, he has done it all and wants nothing more than to see people be able to get the same buzz from fishing as himself.

Jeni Gates has been fishing since she was 3yrs old.  Jeni has travelled throughout many of Australia's wonderful fishing destinations. Jeni is always keen to encourage other women, children and men to get out and enjoy the amazing waters and fish with respect for the environment, others anglers and the fish itself.  Jeni has teamed up with other girls to show that they are capable of achieving good results against the guys in friendly competitions and has won these events with great enthusiasm and encouragement.  Jeni believes that being positive and happy and enjoying life is important and helping others do the same through her passion of fishing is very rewarding.

Mike is Western Australia's best known fishing writer, having written weekly fishing columns in The West Australian newspaper for 26years and been columnist and feature writer for a long list of state and national magazines and newspapers. He co-wrote the best selling book "Fishing The Wild West", is field editor for Western Angler magazine and presented fishing segments on Channel Seven's Wild West and Channel Nine's Just Add Water series for ten years.
He has fished extensively around Australia and overseas and has caught just about everything there is to catch on fly and lure. Mike knows all too well the special feeling that comes from having that fish of a lifetime on the end of the line. Be it a marlin, sailfish, dogtooth tuna, barramundi, bonefish, permit, yellowfin tuna, longtail tuna, queenfish, cobia, Spanish mackerel, giant trevally, giant herring, dolphinfish or practically any other exotic species you can think of, Mike has been there and done it. 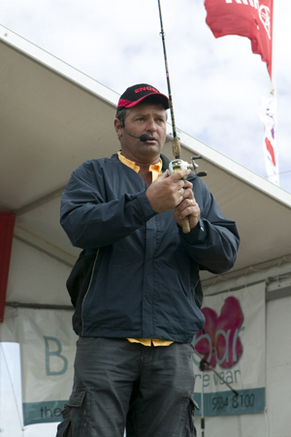 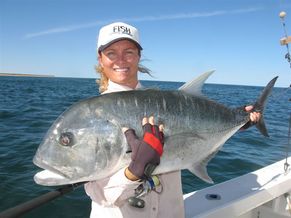 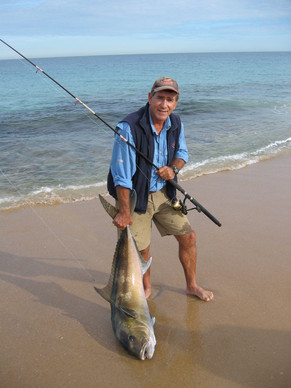